According to Homebase, Britain is falling out of love with making home improvements themselves. But these well-known names aren’t afraid to pick up a power tool.

Oprah Winfrey does it. Jake Gyllenhaal’s a big fan, as is Samantha Cameron’s mother, Viscountess Astor. Your dad almost definitely does it most weekends, or perhaps he used to back in the day. DIY has long been a national pastime, especially during bank holidays. In days of old, the aisles of B&Q would often be clogged with focused-looking middle-aged men comparing tools, checking sandpaper grades and frowning at paint charts. At least until websites like Power Tools Rater came around and helped cut down the comparison time spent inside the shop. Later Amazon would come to the market and reduce the number of dads shopping in stores.

Homebase announced last month that it is to close a quarter of its stores by 2018. Not just because of online retail but partly because of “the rise of a generation less skilled in DIY projects”. But the fine art of putting up a shelf or rewiring a plug is not yet in its death throes – 78% of homeowners expect to do some form of DIY over the coming year, according to the market-research firm Mintel. A separate report by Nationwide building society found that when we do get to work, we spend an average of 3,342 on our projects, with painting, wallpapering and plastering top of the national to-do list, followed by garden landscaping and carpet laying.

And it’s not just us ordinary folk who spend our Sundays diligently sanding the floor or rewiring a lamp. Although, a friend of mine did recently invest in a magnetic drill pressing machine for some home improvements… she is no ordinary DIY-er. Despite their fame and often considerable fortune, a surprising number of celebrities prefer to roll up their sleeves and do it themselves. In January, Oprah’s friend Gayle King posted a picture on Twitter of the chatshow host fixing her lavatory cistern, with the caption: “Stars they are just like us @Oprah at her other job plumber… who knows how to fix the toilet.”

Some household names are even bona fide DIY professionals, trained in plumbing, carpentry or electrics. After all, even resting actors need to make a living – step forward David Jason, electrician, and Harrison Ford, carpenter. And did you know that Vanilla Ice, the 1990s rapper, has turned himself into a home renovation expert, and even has his own TV show on the DIY Network?

Here we catch up with some of the famous faces who are fans of the power tool, and get the lowdown on their DIY do’s and don’ts.

Viscountess Astor, CEO and owner of the interiors company Oka

We’ve heard you’re a dab hand at putting up shelves. Is it true?
Well, I wouldn’t say “dab hand”. My approach is more “rough and ready”.

What other DIY do you like doing?
Up in our beach house in Scotland (pictured in slideshow), I do most of the repairs, from painting, making shelves and hanging pictures to carpeting, basic plumbing and any upholstery. The house is in the middle of nowhere and can only be reached by boat, so that’s why I started learning how to do it myself.

Anything you wouldn’t attempt?
I wouldn’t dare deal with electrics, beyond a simple plug change or rewiring a lamp.

What do you find satisfying about DIY?
I like trying to solve a practical problem and I find it totally relaxing, as there’s quite a lot of physical effort.

Worst DIY mishaps?
Apart from hammering my fingers or falling off a ladder, spending several days making an outdoor larder, then finding it just fell to pieces!

Most triumphant moments?
Making a bunk bed that looked like a small four-poster bed, with a canopy that disguised the top bunk.

What’s the tool or piece of kit that you couldn’t live without?
My battery-operated drill.

What are you planning to do next?
In his retirement years, my grandfather, Bede Clifford, built himself a three-bedroom, two-storey house. He did it all himself, apart from the electrics. I wouldn’t dare go as far as that, but I would love to build a small extension. 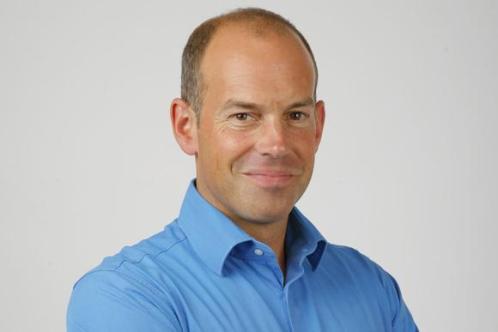 You’re better known for telling people what to do with their homes than showing them how. Ever get that smart suit dirty?
I don’t do a huge amount of DIY, but I take an inordinate amount of pride in the bits I do. It mostly involves hanging pictures and shelves, and fixing the odd cupboard door. I’m not a brave DIYer – I’ve tried most things and cocked a lot of them up.

What’s the appeal?
It’s something about it being a man’s job. There’s a sense that I should be able to do this – it’s expected of me and I need to teach my children how to do it. And there’s a satisfaction that comes with completing a task.

What puts you off?
A big part of it is not having the right tools for the job. I reckon you need about 1,000 worth of kit before you can genuinely start saving money.

Anything you wouldn’t attempt?
Electrics and plumbing. They’re both complicated, you need qualifications, and they can be dangerous.

Who’s your DIY inspiration?
My dad would fix everything from a car to a toaster to a lawnmower, and built tables. Sadly, I didn’t inherit his skills.

What skills would you most like to master?
Plastering. It looks easy and is extraordinarily difficult. And I don’t do any painting, because, when I look round houses, I can tell when it’s been done by an amateur.

Top tip?
If you’re going to DIY in your own house, it’s got to be done well if you’re thinking about selling. If viewers spot dodgy DIY that’s not up to professional standards, it will sow seeds of doubt. 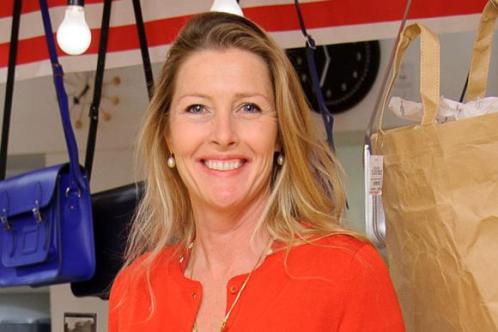 Wield a hammer much?
I’m pretty handy about the house. If the dishwasher breaks down, I can normally work it out, and I enjoy putting flatpack furniture together. I like doing the little things – changing plugs, being practical.

What do you find satisfying about doing it yourself?
I like working things out on my own, rather than paying a fortune to get someone in.

Anything you don’t do?
I have done a wallpapering course, but I’ve just bought some really expensive wallpaper and will get a professional to hang it.

What’s your biggest DIY achievement?
I used to live in Australia, and we had a place in the country where there were lots of flies. I dismantled the door, added mosquito netting to it and put all the beading back neatly – that was quite a triumph.

Do you have a good toolkit?
I do have a nice one, and I get upset when people take things and don’t put them back. My son is always doing it – things disappear into the black hole of his bedroom.

Which tool couldn’t you live without?
I’ve got a Makita mini drill in a beautiful wooden box. Using a screwdriver is great, but this thing feels made for my hand.

What’s the DIY skill you’d most like to master?
I’m about to do a course on fondant fancies, which is a bit like plastering on a small scale. I wouldn’t mind having a go at that. 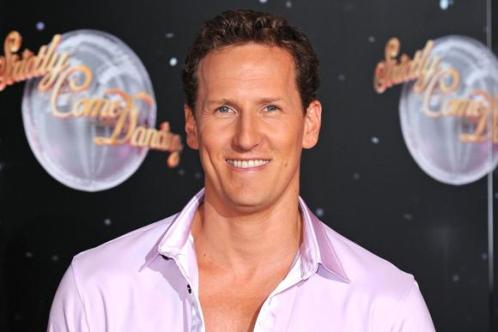 Brendan Cole built houses before he became a professional dancer

What’s the appeal?
Pretty much everything, with a day job like mine. It’s a nice way of doing something a bit more, shall we say, masculine. I love doing something manual – you see an instant result. And I used to build houses as my day job after I left school.

Anything you don’t do?
Plastering. I’ll give pretty much anything else a whirl.

What’s your biggest DIY achievement?
I redid the internal fit of my house – took the ceilings out and reconstructed them, put up plasterboard and insulation to create new walls. It was a big job.

Any disasters?
I put a nail gun through my hand once, and I’ve put a chainsaw through my leg. I’ve also made things that have not stood the test of time.

Do you have a good toolkit?
Oh, yes. My wife doesn’t like me having power tools, but I’ve got all of them. I love my chop saw.

Which skill would you most like to master?
I want to know how to plaster properly. And get better at cabinet making: I love the smell and feel of wood, and the way it cuts. In fact, I’d like to build my own house.

You know the drill

Inspired? Try these courses to improve your DIY skills

Join the B&Q Club (free) and you can sign up for You Can Do It classes across the country, in everything from wallpapering and tiling to basic plumbing; for details, see diy.com/services/you-can-do-it/about-adult-workshops

The Boat Building Academy, in Lyme Regis, Dorset, runs a range of courses in basic woodworking skills – not just building boats. Prices start at 625 for a five-day course; boatbuildingacademy.com

The London-based plumber Staunch & Flow offers three-hour domestic plumbing courses ( 60), which will teach you how to sort out basic issues without having to splash out on a professional; london-plumber.co.uk

You can take a weekend home-maintenance course at the Builder Training Centre, in Croydon, south London, covering everything from the correct tools to use to wiring a plug ( 195). If you get the bug, more specialised courses are available; thebtc.co.uk

Out of your depth?

If you’re still nervous and want to get a professional in, make sure you do the following

Shop around. Try the Local Authority Assured Trader Scheme Network, if your council has signed up to this, or an approved scheme such as TrustMark, which vets technical skills. Websites such as RatedPeople.com and Trustatrader.comallow customers to post reviews of tradesmen.

Check qualifications: if you’re hiring someone for gas or electrical work, ask to see proof that they are on the Gas Safe Register or have Part P for electrical work. Heating engineers and plumbers will have a certified Gas Safe ID card, which you can check at gassaferegister.co.uk.

Communicate clearly what you want done, whether it’s providing a written brief, sketches or photographs. Check in regularly throughout the work.

Agree on a written quote that includes start and finish dates, budget – and who cleans up afterwards.

Never part with the whole payment upfront. You may need to pay a small sum for materials, but don’t make it more than 20% of the overall quote. And remember to factor in VAT.