Craft used to be wonky and worthy, but now savvy curators are offering chic collections with real cachet

In the era of buying “less but better”, craft is king. Invest in craft and, instead of throwaway, mass-produced products, you get a story, a keepsake and an eco-friendly choice. It was ever thus, so why have we only recently fallen under the spell of handmade?

Craft has been through a three-step rehabilitation in the past decade, working its way from signifying wonky, worthy goods to being hailed as the new luxury. In Ireland, especially, we used to think of craft as something bought by tourists as souvenirs, or else something the older generation — well meaning, but clueless about trends — bought as wedding presents.

Lately, however, the C word has been reappropriated to signify everyday indulgence. Craft shops, usually white-walled, chic minimalist spaces, love to talk about curating their stock, as though they were galleries pulling artworks together.

Yet craft, in 2017, is something we weave into our daily rituals, from brewing tea to hanging the laundry. And now, thanks to a handful of tastemakers, who sift the chic from the shonky for us, craft is cool. Here are some of the best bits emerging from Irish makers in recent months. 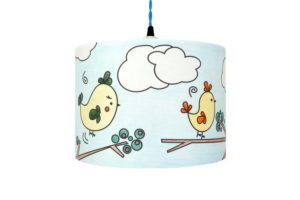 Irish firm Mullan Kids makes these graphical Colour Me lampshades, in different designs, for your child to colour in as they see fit. Matching colourful textile cables are available. €25, mullankids.com 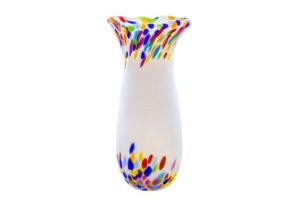 The Wildflower centrepiece vase is as attention-grabbing as any blooms you’ll put in it. Free-blown, it’s 35.5cm high, with pops of bright wildflower colours at the base and rim. €300, theirishhandmadeglasscompany.com 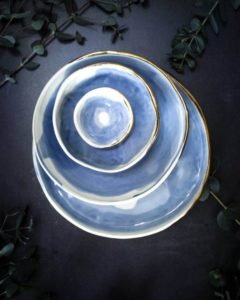 Danu makes some of the most original, prettiest ceramics in Ireland. These porcelain bowls have a wash of indigo with a hint of 22k gold lustre. They cost from €15 to €60. danuceramics.ie 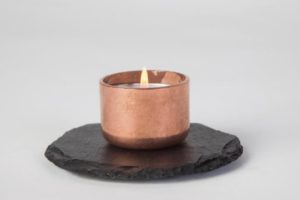 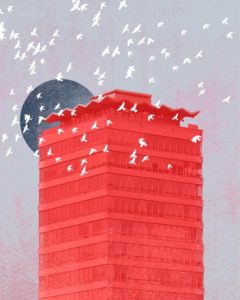 Liberty Moon, a contemporary print by Jando Design, is a homage to the “postmodern and much maligned” Liberty Hall on Eden Quay, Dublin. Printed on 189gsm archival matte paper using archival inks. It’s by husband and wife team Julie and Owen — aka Jando. Sweet.
€28, jandodesign.com 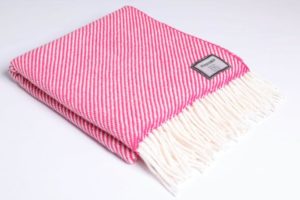 Foxford is a long-established brand — generations of Irish babies have been swaddled in its blankets — but its new designs are contemporary and chic. The stripe and herringbone blankets, for example, in 100% merino wool, come in a variety of bright and neon shades. €105, foxfordwoollenmills.com 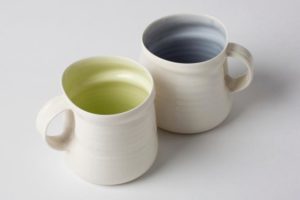 Chloë Dowds’s wheel-thrown porcelain mugs team earthiness with fresh, modern pastels. With a thin rim, grip line on the handle and soft indent, they make a comfy mug to use. From €25.50, chloedowds.com

Sock it to me 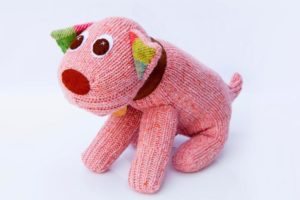 Christina’s Red Rufus is named after her dog — she fashions adorable animal toys out of socks, such as Belinda, made of chunky Donegal wool socks, with ears lined in Donegal tweed.
€45, redrufus.ie