How can a New York restaurant justify judging parents?

Do you enjoy dining in restaurants with your children? No, I thought not. Well here’s something that tantalisingly threatens to make the experience even more stressful/joyless. Imagine! A restaurant in Clifton Park, New York, is enforcing a strict one-drink-only policy for adults dining with kids. If you ask for, say, a second beer after mopping up one screaming child’s blackcurrant squash and taking another to the toilet for an urgent No 2 you may, politely, be declined. As Melisa Gravelle, the general manager of the Peddlers Bar and Bistro, has said: “We love children. Everybody loves children and children don’t have a voice. I could never live with myself knowing that I killed somebody driving. I could never do that . . . it’s a choice that you can avoid.” Quite so.

An upbeat message on the menu therefore reads: “The commitment to end Fatalities from Drinking and Driving requires ALL of us to participate. Each of us takes part in our own unique way. We at Peddlers will limit one of the responsible adults to one alcoholic beverage while dining with children.” Bon appetit! (I cannot explain the random capital letters, I merely pass them on.)

Shouldn’t all drink-driving be discouraged, regardless of the age of one’s passengers?

Unless you are a member of the little-known We Hate Children and Want to Kill as Many as Possible Society, this, of course, is commendable. Who would argue with protecting minors from selfish drunken parents? Except that, actually, I do have a couple of quibbles, in the wider context, with its logic.

First, are we to assume that if you don’t have children with you, then you’re free to get shit-faced and perhaps mow down some other youngsters further down the road? Shouldn’t all drink-driving be discouraged, regardless of the age of one’s passengers, or is it only minors who have dined at this restaurant who count? If I was to take, say, a couple of frail octogenarians to the restaurant, could I get tanked up safe in the knowledge that they’re quite old and may not have long left? Don’t worry, Peddlers — that was a joke. But it is reminiscent of the sarky riposte to those “Baby on Board” stickers — signs which read: “No Baby on Board: Feel free to drive into me!”

And what if there’s no designated driver because mum and dad felt like having a few glasses with their dinner today because they’ve worked all week and said: “Sod it, we’ll get a cab”? Will they be expected to prove this to their waitress? Perhaps produce their Uber booking on arrival, like a note to teacher ? Because it does sound, ever so slightly, as if this is a policy, however well-meant, that discriminates against people with children. A bar can legally deny someone a drink for whichever reason its staff deems fit. However, if a second drink would still keep you under the limit, can you legally deny someone simply and only because they’re a parent? In the Land of the Lawsuit I’m amazed that someone hasn’t found out. 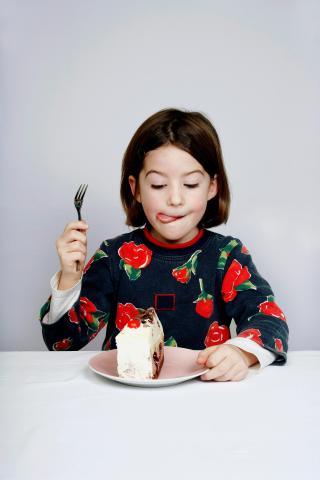 Is the limit necessary, or a clever publicity stunt?

Whatever — it’s not the most relaxing experiencing to feel that you are being spied on and monitored by your waiter simply because a few years ago your reproductive organs worked. No sane human being would defend a person’s right to drink-drive their children home, but would this not feel like a restaurant telling you from the get-go that it, not you, knows how to be a good parent? That you probably can’t be trusted to, so nanny had better step in? I can’t imagine some people taking kindly to being told: “Sorry, madam, I noticed you had one small pinot grigio. Isn’t it time that Mummy thought of the little ones?” Indeed the restaurant has confirmed that waiting staff “do get berated at tables and some come back very, very upset . . . but the managers go to the table and explain, ‘We’re not picking on parents, it’s just something that we feel in our hearts is something that we can do in order to help’. ” (In fairness, many local diners are very supportive, perhaps grateful for the firm boundary.) I do believe that the vast, vast majority of parents would never drink-drive with their children in the car anyway, so is it really necessary, or a clever publicity stunt?

I must say, when my daughter was younger we usually got cabs or public transport home if we went out for meals because, frankly, I’d rather have no drink at all than one. (What point has the first without the promise of the second, tell me?) However, to most people surely the abiding truth of eating out with very young (shouty) children is this — you don’t want to linger with a vase of chablis, you want to get the hell out as soon as you can.